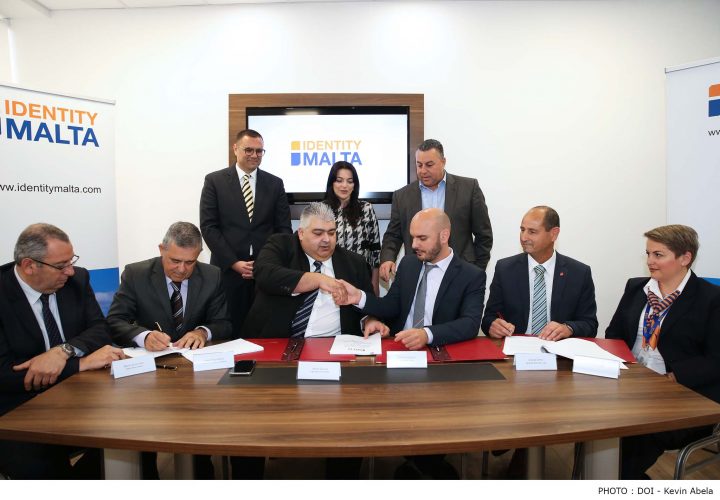 Average year-on-year salary increase will amount to 18% by 2023.

Identity Malta Agency and the General Workers’ Union GWU have signed a new collective agreement for the next five years. The new agreement further builds on the previous one and covers the period of 1st January 2019 to 31st December 2023.

As a result, Identity Malta employees will benefit from improved work conditions and a substantial pay rise. In fact, the average year-on-year salary increase will amount to 18% by 2023, with the lowest income bracket benefiting most.

During the signing ceremony, Identity Malta Agency CEO, Mr. Anton Sevasta, applauded the employees for their hard work and dedication. Further adding that despite the complex nature of work and the ever-growing demand for its services, Identity Malta staff strive to offer a quality public service. Mr. Sevasta claimed that the new agreement will make way for new opportunities and should further motivate staff in reaching the organisation’s overarching goals.

The Parliamentary Secretary for Citizenship, Reforms and the Simplification of Administrative Procedures, Hon. Julia Farrugia Portelli presided over the signing ceremony and held that this is a testimony to the workers’ valuable contribution. Farrugia Portelli accredited Identity Malta’s management for their continuous investment in staff training and development.

The Parliamentary Secretary emphasized on the importance of ensuring workers’ wellbeing at the place of work. Further adding that this was the guiding principle in the drafting of the soon-to-be-launched new mental health policy. In this regard, Farrugia Portelli held that Identity Malta will be amongst the first government agencies to not just simply offer mental health care service but to train its employees on how to motivate and support their colleagues who may be experiencing mental health issues.

Mr Kendrick Bondin, on behalf of the General Workers’ Union, praised the professional and cordial manner adopted during the negotiations. Similarly, Identity Malta’s Chief Officer for HR, Mr Joseph Montebello, thanked all those involved for managing to secure the best possible deal.