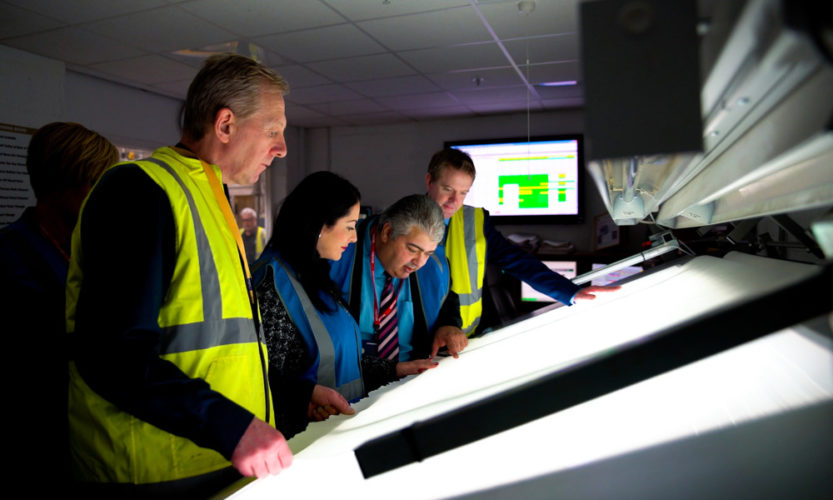 Earlier today, the production of the first set of security paper to be used for the new Maltese travel document was complete.

“The Maltese people are very keen on travelling and are fond of culture and heritage too; three elements that will be captured in the new Maltese passport, which will gradually make its way later this year,” held the Parliamentary Secretary for Reforms, Citizenship and Simplification of Administrative Procedures, the Hon. Julia Farrugia Portelli, during her visit to the De La Rue Head Quarters in Basingstoke and Portals De La Rue Paper Mill in Bathford UK.

The Hon. Parliamentary Secretary claimed that the new travel document will incorporate cutting-edge technology and additional security features. Although the Maltese Passport is considered to be highly secure, conforming to the highest international standards, the Parliamentary Secretary held that the new travel document will have additional security features which will further prevent the counterfeiting of the document.

During her visit to Portals De La Rue Paper Mill, Hon. Farrugia Portelli, who was accompanied by Identity Malta Agency officials, could witness the production of the first set of security paper, which came to an end earlier today and will be sent to De La Rue Malta for printing.

Amongst other features, the data found on the bio-page will be laser engraved on a polycarbonate card which will be incorporated in the new passport. Apart from this, the new travel document will be printed on a highly sensitive, but secure, paper that will include hidden security features and encrypted techniques using UV and Visible Fibres, High Quality Cylinder Mould Watermarks and Security Thread. The new passport will still have biometric features and an embedded chip, which are used to verify the person’s identity.

The inner pages of the new passport will depict imagery of renowned Maltese landmarks as well as of our cultural heritage. The intricate imagery, combined with a highly sophisticated layer of security features, will be printed in secure ink that was primarily designed for security and not simply aesthetic reasons.

Furthermore, Identity Malta Agency reiterates its commitment towards making its services more accessible. Following a series of meetings with the Commission for the Rights of Persons with Disability – CRPD and the Foundation for ICT Accessibility, Identity Malta intends to facilitate the use of Maltese passport for the visually impaired, which will result in a higher degree of independence.

At Portals De La Rue Paper Mill, the Parliamentary Secretary inaugurated a new design room where she praised the company for its sound ethical performance and green agenda.